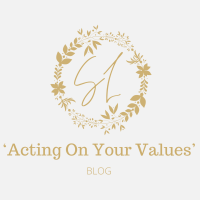 For many of us, the world seems like – is – a scary place at the moment. We see citizens vote consciously for men who crave power, who care for themselves first and foremost, who value money over climate and who lie for their own gain.

As I sit here writing this piece, I am aware of the privilege that I have. I live in a free country, which provides me with decent healthcare, unemployment benefits, human and civil rights and I realise that I am deeply lucky and privileged in that respect.

Because for many of my friends that is no longer the case. They have seen their respective countries slide down into autocracy with their rights and freedoms slowly being taken away from them – or worse.

It has been happening all over the world. I could never have foreseen as a child twenty years ago that this would be happening in the USA today. Countries that are part of the EU are falling down the same well and as I look around, I feel hopeless realising that this is what people consciously voted for.

Human beings actually voted for human rights to be taken away, from them and from others. They voted for the rich getting richer and women having no say in decisions about their own bodies. They voted for climate change to continue as rapidly as it has.

I for one am having a really difficult time processing the fact that this is not some hostile takeover, but that in many countries people voted through the democratic process of elections for all of this.

And so with another big one coming up today, even from my small house in the north of a relatively safe and democratic Netherlands, I worry. I worry a lot and I worry deeply. For one, I worry about another four years of this US government in which the self-proclaimed greatest democracy in the world might be falling into autocracy even further. I worry about what that would mean for not only the country and its citizens, but for the world and the planet.

I wish that people would vote for humanity and the morals and values that belong to our species.

Whenever your next election, please vote with your heart and soul, for yourself as well as your fellow human. Many lives depend on it.